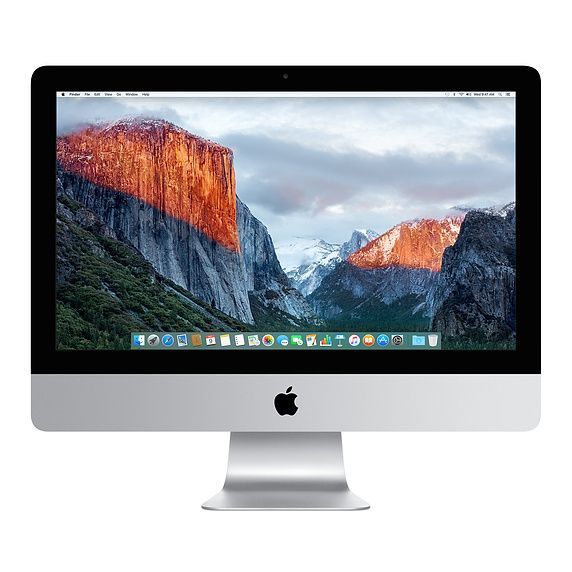 The Apple 21.5 iMac's good looks are backed up by an even better performance. The newest iMac features the latest Intel components for processing and graphics and advanced wireless technology. This iMac also sports a widescreen display that's 75% less reflective.

The 21-inch iMac owes its powerful performance to reliable Intel hardware, including a quad-core Haswell processor. Eight GB of RAM ensures responsiveness and speed, even when you're simultaneously running multiple applications. The iMac now offers so much more graphics capabilities, thanks to the NVIDIA GeForce 750M GPU. Equipped with double the video memory than the previous generation, this GPU ensures that even 3D games and the most graphics-intensive creative software run more smoothly and are more responsive. So whether you're using the iMac for work or for play, you'll enjoy a more stable and more reliable performance. If you want to slightly downgrade from a discrete GPU, though, you can always go for the Apple 21.5 iMac with integrated Intel Iris Pro graphics. No matter what graphics setup you choose, you'll get sufficient storage from the 1TB hard drive.

The Apple iMac gets additional speed from 802.11ac technology and Thunderbolt connectivity. Once connected to an 802.11ac WiFi base station, users can enjoy data rates of up to 1.3 Gbps. Through two Thunderbolt ports on the 21-inch iMac, users can also enjoy data transfer rates that are twice as fast as the speeds offered by USB 3.0, making file transfers between devices significantly more convenient.

iMac
Performance and design. Taken right to the edge.

The stunning all-in-one iMac features a beautiful 21.5- or 27-inch widescreen display. Fourth-generation quad-core Intel Core processors and superfast NVIDIA graphics make it the most powerful iMac yet. And it comes standard with 8GB memory, a 1TB hard drive, and advanced, high-speed I/O, including two Thunderbolt ports and four USB 3 ports. All in an impossibly thin enclosure that's only 5 mm at the edge.


Ultrathin design.
The desktop. In its most advanced form ever.
Creating such a stunningly thin design took some equally stunning feats of technological innovation. We refined, re-imagined, or re-engineered everything about iMac from the inside out. The result is an advanced, elegant all-in-one computer thats as much a work of art as it is state of the art.

Beautiful widescreen display.
Brilliance onscreen. And behind it.
How did we make an already gorgeous widescreen display even better? By making it 75 percent less reflective. And by re-architecting the LCD and moving it right up against the cover glass. So you see your photos, games, movies, and everything else in vivid, lifelike detail.

New high-performance technologies.
The power behind the scenes.
With fourth-generation Intel Core processors, faster NVIDIA graphics, Thunderbolt I/O, and an advanced Fusion Drive option, the slimmest iMac yet is also the most powerful.

OS X Mountain Lion.
The worlds most advanced desktop operating system.
OS X Mountain Lion makes every Mac intuitive and easy to use. It also makes it simple to find, organize, share, and do just about everything. And thanks to iCloud, it makes your Mac, iPhone, iPad, and iPod touch work wonderfully together.

OS X Mountain Lion Features
iCloud keeps your content up to date across all your devices.
Use the Messages app to send unlimited messages to anyone on an iPhone, iPad, iPod touch, or another Mac.
Notification Center shows all your alerts, all in one place.
Share on Twitter, Flickr, and Vimeo, right from the apps you're in.
Interact with your Mac using intuitive Multi-Touch gestures.
Get around your Mac quickly and easily with Launchpad and Mission Control.

Core i5 and Core i7 processors.
The fourth-generation quad-core Intel Core i5 processor - based on the latest Haswell architecture - is standard on iMac. It's available at a clock speed of up to 3.4GHz. Or configure iMac with a quad-core Intel Core i7 at up to 3.5GHz. Since OS X is designed to take advantage of each core, iMac captures every bit of performance from the processor. OS X also supports Hyper-Threading in the Core i7, allowing two threads to run simultaneously on each core - giving you eight virtual cores of processing power.

Turbo Boost 2.0.
Say you're using a processor-intensive application like Aperture or Final Cut Pro that benefits from extra power. Turbo Boost 2.0 automatically increases the speed of the active cores, so the Core i7, for example, can offer up to 3.9GHz. And by shifting core frequency in small increments, Turbo Boost allows the processor to manage performance without sacrificing efficiency. All this takes place behind the scenes, so your work - and play - goes smoother and faster.

iMac graphics have gotten even more powerful across the board. NVIDIA GeForce 700 series graphics processors are faster than the previous generation and include double the video memory. That translates into more frames per second, smoother animation, and better responsiveness when youre using graphics-intensive apps like 3D games, high-resolution photo and video editors, and more. If you choose the NVIDIA GeForce GTX 780M with 4GB of video memory on the 27-inch iMac, you get the best graphics performance available in an all-in-one computer. And if you go with the 2.7GHz iMac, it comes with integrated Intel Iris Pro, which delivers discrete graphics-level performance.

Available as a configurable option at the Apple Online Store, Fusion Drive is now up to 50 percent faster. It's a breakthrough concept that combines the high storage capacity of a traditional hard drive with the high performance of flash storage. With Fusion Drive in your iMac, disk-intensive tasks - from booting up to launching apps to importing photos - are faster and more efficient. That's because frequently used items are kept at the ready on speedy flash storage, while infrequently accessed items go to the hard drive. The file transfers take place in the background, so you won't even notice. As the system learns how you work, Fusion Drive makes your Mac experience even better.

With three-stream 802.11ac technology, iMac takes desktop Wi-Fi speeds over the top. When it's connected to an 802.11ac base station - including the new AirPort Extreme and AirPort Time Capsule - you can reach data rates of up to 1.3 Gbps. That's triple the previous 802.11n standard, which means you'll get up to three times faster Wi-Fi. You also get double the channel bandwidth, with 80MHz-wide channels providing more room for more data to flow faster than ever.


Thunderbolt I/O.
It's all about speed and versatility. And speed.

With one tiny port, you get superfast data transfer speeds and huge expansion capabilities. Thunderbolt features two 10-Gbps data channels per port, which means data transfer is up to twice as fast as USB 3 and up to 12 times faster than FireWire 800. And don't worry about a single drive or peripheral tying up a Thunderbolt port: You can daisy-chain as many as six devices plus a display. All iMac models include two Thunderbolt ports for even more expansion possibilities. 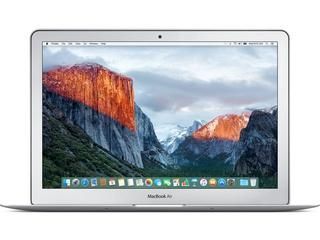 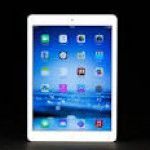 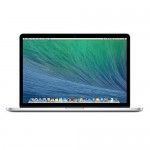